In the second part of Sally Uhlmann's discovery of Puglia she stays in Ostuni, Lecce and Matera...

A quick 45-minute drive from Polignano al Mare brought us to Ostuni, known as the White City due to the old town’s plaster buildings painted uniformly stark white. This is a picturesque town meant for wandering.
We rented a two-bedroom apartment, 800s Home Luxury, on a quiet street with nearby free parking and a brisk five-minute walk to the town center. We snagged dinner reservations at the trendy Masseria Moroseta, where chef Giorgia Goggi has made a name for herself. But the setting was austere, farmhouse decorator chic, with inflated prices and a meal less than anticipated. Osteria Ricanatti, on the other hand, was the best meal of our journey, unexpected and utterly delicious. Gianni Zaccari, owner and chef, is as generous as he is talented. After our second time dining at his 12-seat restaurant, as I gushed over the eggplant dish, he offered to teach me how to prepare it. We met the next morning at 8 a.m., drove to his farm to harvest perfect, tiny eggplants, and then spent two hours turning them into pure bliss in his kitchen.
One day we rented electric bikes and pedaled through 500-year-old olive groves on backcountry roads to the town of Alberobello. Famous for the trulli houses, which are unique cone-shaped, stone-topped, whitewashed homes straight out of a Dr. Seuss book, the town was packed with tourists, even in the off-season, half of them under the age of eight and squalling. I felt like I had been teleported to Disneyland. Between Covid and strollers, we kept our visit short and focused, happy to have seen the place and even happier to get back on our bikes.
An hour drive south, and we arrived in Lecce, our last stop before heading inland. We stayed at Palazzo BN, a former bank building that has been repurposed as luxurious rental apartments. Lecce, called the Florence of the south, is a thriving city with the historic center of cathedrals, palaces, and squares. The local stone—a limestone from Salento—is white, malleable, and soft. It lends itself to ornate sculptures and building decorations that resemble over-the-top lace bridal gowns and highly decorated wedding cakes, sometimes depicting gruesome, fierce mythical creatures.
We used Lecce as home base and drove to Gallipoli and on to Marina di Leuca, the tip of Italy’s boot. Hiking along the rugged coast, using GPS, Lex located the furthermost point, which is beyond the official site located a mile up the coast. He snapped a selfie as I worried the sirens would lure him to sea. I felt their presence.
I arranged a private cooking class with Gianna Greco, owner of Cooking Experience. She met us at our hotel and took us first to the oldest bar in Lecce to sample one of the city’s specialties: caffe latte di mandorla, an espresso on ice with almond milk. This heavenly concoction goes down easy. From there, we made our way to her cooking school, which was located on the ground floor of a former palace and outfitted to teach a crowd with hands-on cooking. We began with focaccia, then made a spicy orecchiette with broccoli rapini, and many other dishes, including squid. We feasted and enjoyed spectacular local wines: Gianna is also a sommelier. I learned several things taking this course.
We ended our Puglia trip just outside the borders of the region in Matera, which claims to be the oldest continually inhabited city in the world. It’s otherworldly, with homes and churches originally built inside of caves and eventually expanded into outside structures, the monochromatic town has served as backdrop for the latest James Bond film as well as Wonder Woman.
It is a place unto itself and should be on your travel bucket list, as should all of Puglia. We stayed at Palazzo Degli Abati, with comfortable beds, amazing views, and a staff as helpful and friendly as any you’ll ever encounter. The hikes in and around Matera are epic, but not for the faint of heart. Nor are the sandwiches served at Quattroquarti, where we ate lunch for both days, tasting as many of the dozens of sandwiches offered as we could justify. While in town, one of our focuses was securing Peperoni Cruschi, a dried mild red pepper with the texture of potato chips and a long lingering flavor that is irresistible. It is available only in Matera. Worth the search!
From Puglia, we headed to Naples for a pizza throw down to end them all—14 pizza places in a day and a half. But that’s another story....
Sally Uhlmann, 11/03/2022 09:35:04
Other articles that might interest you 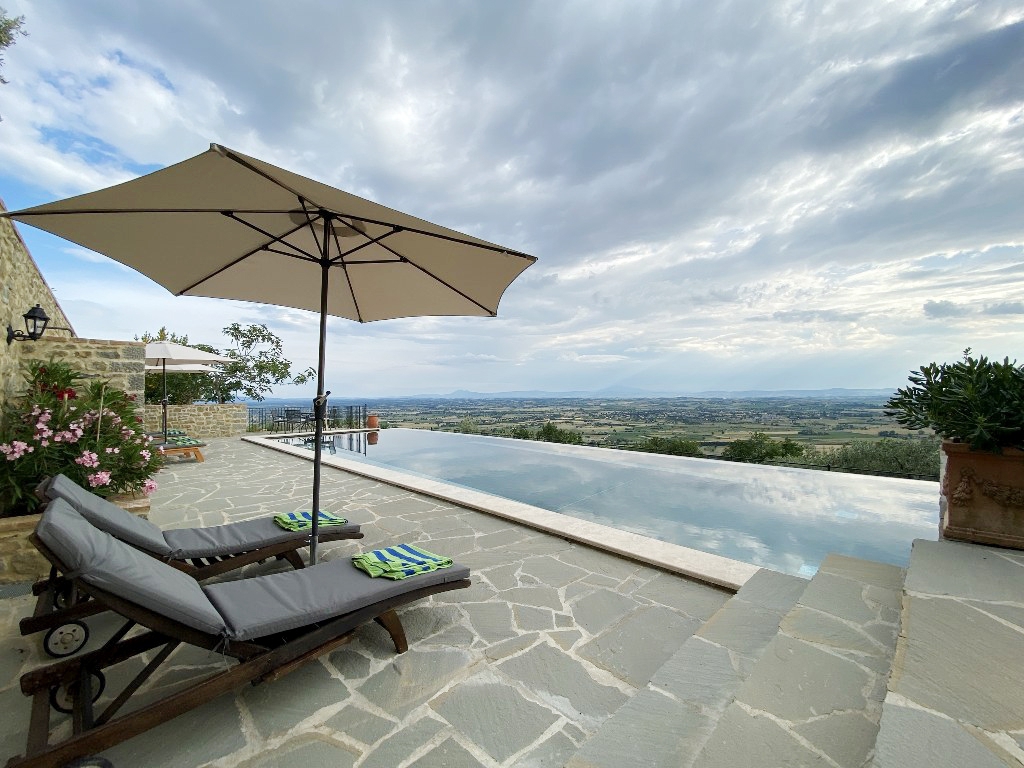